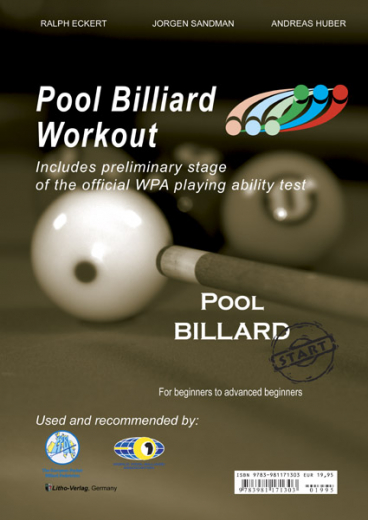 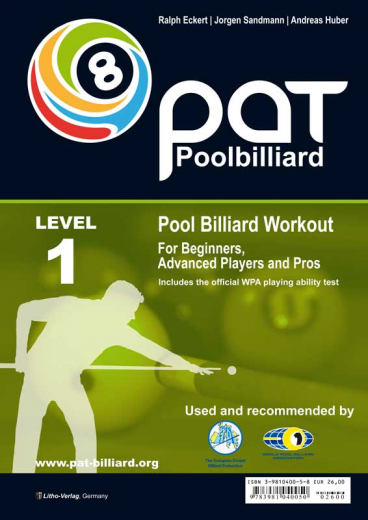 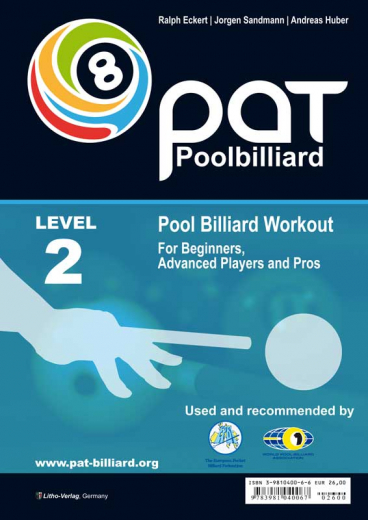 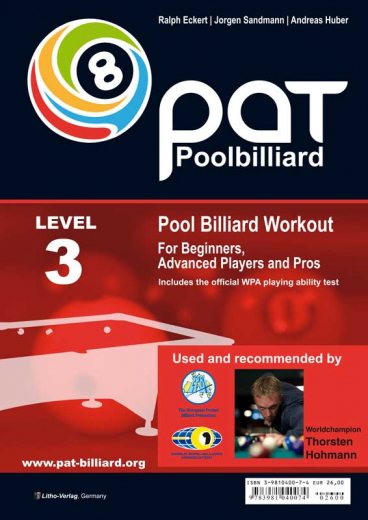 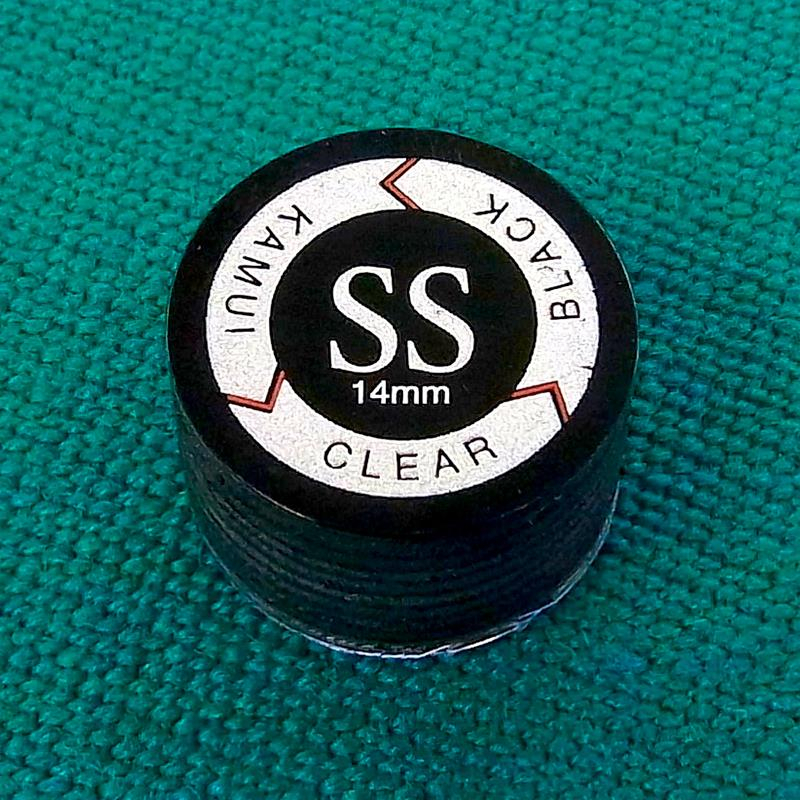 PAT stands for “Playing Ability Test“, and is much more than just a method to test the playing abilities of billiard players.
It is, in fact, a system to assess the skills that one needs to play good pool on the basis of exercises evaluated. Those skills are defined in ten sectors - ten aspects of the game.
Additionally, this system may always be applied as a model to plan short, mid and long term training programmes.

In this notebook, printed material for further exercises and training games to record personal performances in training may be found along with the PAT exercises.
Besides being helpful for preparing for the PAT, the whole purpose of this notebook is to assist him in training - that this cannot replace a (good) trainer is to be understood!

How to use this book?

Proficient players start with a workout on the complete PAT - picking out the first exercises comes by itself: those exercises with the worst results (least points) are dealt with primarily.

According to the time available for training, a 3-months-target should be set (e.g., 50% progress) and pursued till the predetermined result has been reach three times in succession (or, at least, 80% of the PAT target value).

2 x 12 attempts for each exercise (5 and 3 innings each) are designed on most of the score sheets, which makes reaching the set target average easier (5 innings excuses a “blooper” with less conorders). Since the tests actually consist of 3 innings, the second 12 attempts are presented with only 3 innings.
The purpose of the training is to reach the set target three times in a row in 3 innings at the end of the 3-months period.

With weekly training rounds, a single sheet could last up to 6 months if one or two exercise are absolved.
An exercise may, can and should be repeated as often as desired - however, only two recorded attempts should be performed to emphasise the “not-to-be-repeated character” of these innings. It is, in fact, recommended that this be executed under witnesses (e.g., during a club training).

It is, additionally, proposed that one or two of the included training games be delved with.

Should the set target be reached earlier than planned, the exercises and games may naturally be replaced by others.

We use cookies on our website. Some of them are essential for the operation of the site, while others help us to improve this site and the user experience (tracking cookies). You can decide for yourself whether you want to allow cookies or not. Please note that if you reject them, you may not be able to use all the functionalities of the site.